It may not be as salacious as some other announced investigations, but I can now confirm that the ASA are investigating the IAIM UK Chapter for potential breach of advertising codes in relation to the truth / substantiation of claims. For those people who have missed my previous posts about the communication of my complaint to the IAIM you may want to go and read them here and here.

Although the IAIM agreed that I had made a valid complaint, they chose to fob me off with the promise of a "review", not acknowledging the seriousness of unsubstantiated and potentially misleading claims on their website. After receiving no further reply I referred the complaint to the ASA. Yesterday I received confirmation that the complaint has been handed over to the investigations team. I won't post the email as ot was just a simple confirmation of further investigation from Lewis Jones (Complaints Executive).

If the ASA uphold the complaint then I will be referring as many breaches as possible from massage instructors' websites, in accordance with the ASA's compliance procedure. A message needs to be sent to organisations and individuals who offer these types of services: just because you have years of experience and anecdote about happy babies and mothers it does not give you license to make exaggerated, unfounded or misleading claims about health benefits.
Posted by John Stabler at 9:58 AM No comments:

Download it here.
Posted by John Stabler at 1:01 PM No comments: 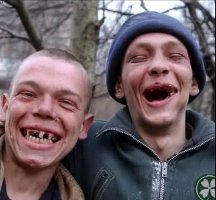 Download it now!
Posted by John Stabler at 10:18 PM No comments: