Good news! I got a reply from the president of the IAIM, Ms Anita Bates. After reading her reply and googling her a bit I arrived at the conclusion that she's a genuinely nice person who wants to help. Here's her reply:


Dear Mr Stabler,
Firstly, can I apologise that you did not receive a response from your initial email to us. We have checked and cannot find a record of it, so there was obviously a glitch at our end.
Thank you for taking an interest in the work of the International Association of Infant Massage (IAIM), and for blogging about how using infant massage strengthened the bond between your wife and your baby son.
I note you mentioned that the instructor who had run the baby massage course your wife attended had made some ‘very interesting claims’ about the benefits of massage, which were also included in the literature your wife received.
It would really help us to know if the instructor was IAIM trained as, if she did make misleading claims, then of course we need to know and to take action. We would also like to see a copy of the literature you refer to, to help us in our investigations.
The IAIM’s founder, Vimala McClure, began developing what is now the IAIM’s infant massage programme, which combines centuries-old Indian and Swedish massage traditions with principles from yoga and reflexology, in the 1970s.
Tens of thousands of parents and healthcare professionals around the world have since been trained to use the techniques, and happily endorse the positive physical and emotional benefits that the techniques can bring to both babies and parents/carers.
However, we do take your questioning of the evidence behind some of the very positive benefits outlined on the IAIM website very seriously.
I would like to assure you that the IAIM UK Chapter is currently undertaking a complete review of the information on the website. In fact, over the last few years the board has been piloting ways of gathering feedback from parents, carers and health professionals, so our claims can be clearly be backed up by evidence and demonstrated in real time.
Please do not hesitate to get back to me – especially if you can identify the baby massage instructor and the printed materials you refer to.
Kind regards
Anita Bates
President, IAIM UK Chapter

Considering the content of her response I wondered why it took so long to get back to me, but I guess I can appreciate people are busy. At least I got a reply!


Ms Bates,
Thank you very much for your reply. I can understand your problems with my first email; I work in IT and I know first-hand how overzealous some spam filters can be.
Unfortunately, my wife's attendance at a baby massage course was quite a while ago now so we do not have any of the literature and memory of who the instructor was has long-since faded. I mentioned it in my previous email only to provide background and the reason for my attention to your website. My primary focus has been the claims made on the IAIM websuite because of the potential for IAIM members to use it as a source of information for their own websites etc.
It doesn't surprise me that tens of thousands of people attest to positive experiences with baby massage and my wife may be one of them. However, this doesn't really address the problem of a lack of objective scientific evidence for what are specific claims of health benefits.
I'd like highlight a very recent example which I believe demonstrates the problem with the current trend of using testimony and anecdote to justify objective claims. Recently the ASA concluded that the claims made by a faith-healing group were misleading (http://www.bbc.co.uk/news/uk-england-somerset-16871116). While I accept that the claims made for infant massage are not as extreme as those by the HOTS group, the analogy is very close. I am sure tens (if not hundreds) of thousands of people would attest to positive health outcomes through the use of faith healing or prayer. However, whenever controlled studies are performed on the efficacy of faith-healing or intercessory prayer it is discovered that it does not work in any practical sense. Therefore a higher standard of evidence is required to make such claims.
I'm glad that you acknowledge the importance of questioning the evidence underpinning claims of benefits. I am, however, looking for actions that demonstrate the IAIM is dedicated to an honest and evidence-based approach in their communications. Although I have no reason to doubt that the IAIM is currently reviewing the contents of its website may I just reiterate the fact that I am not simply seeking some kind of personal satisfaction; I am looking to establish whether the website material breaches very important regulation that exists to protect the public (http://www.cap.org.uk/The-Codes/CAP-Code/CAP-Code-Item.aspx?q=CAP%20Code%20new_Specific%20Category%20Sections_12%20Medicines,%20medical%20devices,%20health-related%20products%20and%20beauty%20products_Rules#c581), something the IAIM should be looking to address urgently.
Therefore I'd appreciate it if you could answer some further questions:
1. How long will the review of your website take?
2. Will the completion of the review result in the removal of unsubstantiated claims?
3. Will the completion of the review result in the citing of scientific evidence to back up any objective claims made?
4. What does the IAIM's efforts to gather feedback from parents, carers and health professionals have to do with providing objective evidence to back up claims made?
If the answer to the first question is a period of time longer than the resolution procedures of the Advertising Standards Authority then I may as well just complete their online complaints form and add to their workload. However, I'd much rather see an internal resolution. I'm also keen to see the claims made on IAIM members' websites substantiated. On, what I assume, is your own website, for example, I found dubious claims such as "strengthens baby's immune system" and "helps to balance baby's respiration" (http://www.babybitsandbobs.com/page2.htm).
Health workers and professionals play a very important role in society, but they must be careful not to step outside the boundaries of fact and into the world of fiction when making objective claims for their treatments and interventions. Using assumptions, intuition and anecdote instead of science leads to the slippery slope of misleading and potentially harmful claims.
Kind Regards,
John Stabler 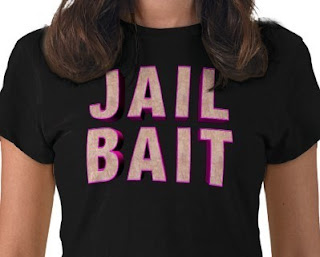 It's not all depressing, so don't be too worried about downloading it now!
Posted by John Stabler at 10:51 PM No comments: 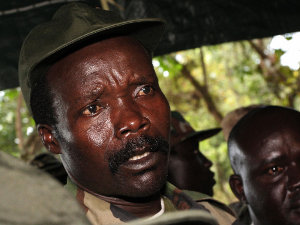 The title for this week's episode is a joke that we couldn't finish, even though Trevor put his comedy mind to it for quite a while.

Anyway, please enjoy the usual comedy gold from an episode that was almost lost due to laziness and incompetence.

Lots of love, John, Trev and Steve x
Posted by John Stabler at 10:39 PM No comments:

Back in November 2010 my son, Evan was born. My wife was very proactive and was always looking to do whatever she could to improve his well-being and development. Water Babies was an obvious choice of activity because we were keen on getting him used to water and able to swim as soon as possible (for family holidays abroad etc). My wife also chose baby massage as an activity for them in the first few months. She enjoyed attending the sessions and felt that they were of value because Evan enjoyed massage and she felt it strengthened the bond between them.


However, she mentioned in passing some very interesting claims of benefits that were being touted by the massage instructor and associated literature. Now, being a skeptic, I could help myself and had to go and check on some of the more dubious ones such as that massage boosts the immune system and aids digestion. I also found these claims being made on the International Association of Infant Massge (UK Chapter) website.


I found no such support for these claims in any scientific studies and so felt that it was up to me to bring it to the attention of the IAIM that they may be in breach of ASA advertising codes. I was also open to the possibility that I was wrong and simply hadn't looked hard enough so I suggested that they cite the evidence on their website. This was around the time when many in the skeptic community were scrubbing UK web pages of woo and homeopathy.


I didn't hear back from them directly, however I did notice that the specific claims of benefits to immune and digestive systems had been removed and some wording changed. Recently I revistited their web site to take another look at the claims and investigate some of the other ones a little more. Included was a claimed benefit to infant development which was not only unsupported, but had also been concluded to be not true by a Cochrane review.

Here's the email I sent to the IAIM (UK Chapter):

Sir/Madam,
I sent you an email on 25/072011 pointing out that some of the claimed benefits of infant massage on your website were not supported by clinical evidence. I have noticed that the claim of "boosts immune system" has now been removed and "helps digestion" has been changed to "stimulation of...digestion...systems". While I am still concerned about your use of the word "stimulation" and the implication of benefits, I'd like to draw your attention to another statement on your website at http://www.iaim.org.uk/what_benefits.htm that claims "helping with language development, memory and concentration". I took the liberty of, once again, checking medical publication websites for trials/studies related to infant massage and this specific claim and once again drew a blank. In fact, a Cochrane systematic review concluded that there was no evidence of effects on cognitive and behavioural outcomes.
If there is evidence for the efficacy of infant massage in such matters then I suggest you update your website and literature to cite such studies. If there are none then you are likely to be in breach of ASA advertising codes. Currently it would seem that the Wikipedia article on Infant Massage is better able to substantiate claims and cite sources than your organisation.
In my previous email I also sought assurances that massage instructors were not making unsubstantiated claims of benefits. However, I was disappointed that my email was not even acknowledged, let alone information provided on how your members were being educated about the importance of evidence-based practise.
Kind Regards,
John Stabler


And here is the reply:


Dear Jonathan
Many thanks for writing to the IAIM. Your enquiry has been referred to our committee board who will reply back to you shortly. Please do not hesitate to contact us if you have any other queries in the meantime.

Some people may ask me why I bothered? It's a helpful activity that provides mother and baby with many emotional benefits and there is nothing to suggest it causes any harm. However, baby massage courses cost money and are sources of income for the massage instructors. Also, the promotional literature tells parents that the course is of value and provides benefits that they wouldn't get otherwise. It could even be (indirectly) construed that you'd be denying youself and child something if you didn't do it. I believe all claims should be substantiated, no matter the potential for harm or the amount of money being made.