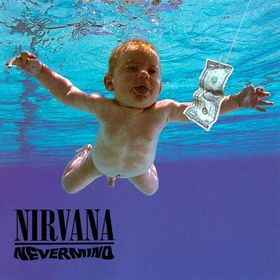 This week we are without Steven again (he promises to be back next week) and our guest has better things to do. Trevor and John rip into the weeks news, including Facebook censorship of 20 year-old album art, regulating science, Daily Mail Fail, the prince of Wales is a loon and more catholic nonsense.
We also take a look at the first of our viewer mail. Download it now.
Posted by John Stabler at 10:52 PM No comments: 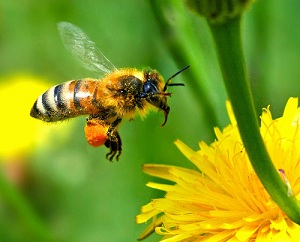 Steven was away enjoying other parts of Europe, so we had Rhys Morgan join us this week. We discuss the nonsense Pythagoras' Trousers Lecture that featured Gary Smith & Paul Jaep, Melanie Phillips, BBC science reporting and limbo/purgatory.
Apologies for taking so long to get this episode available. We had some sound issues that made for a mammoth editing task. You'll recognise this mostly when we plug a great comedy event that has now passed. The funny thing is, we record the next episode tomorrow, so in some respects I could have just binned this recording; however, we had so much fun doing it that I would have felt very guilty and it would have meant I would have wasted both Trevor and Rhys Morgan's time. Again, sorry, but I know you'll enjoy it.
Download it now!
Posted by John Stabler at 12:01 AM No comments:

The three regular hosts return and are back on form. We discuss stories including "brown wrong", the Human Centipede 2 (deja vu?) and film censorship, a pastafarian's driving license and the usual catholic news.
Download it now!
Posted by John Stabler at 11:15 PM No comments:

There's More To It Than Just Men Hitting On Women 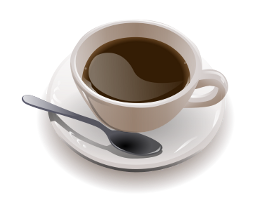 The community seems to be cooling off on Elevatorgate now that TAM9 is here and those involved (Watson & Dawkins) will no doubt move towards reconciliation because they're sharing a common platform (and they're rational people). I've had some time to reflect on some of the points raised by the sorry affair and
wanted to express some thoughts I've had.
The whole point that Rebecca Watson made about men's behaviour and attitude towards women is bang on and I can't disagree; women who've expressed a wish that they don't want to be hit on should not be hit on and they have a right to be pissed off if ignorant twats ignore their wishes. The motivation behind making such a statement is that she has legitimate concerns about the underrepresentation of women in the skeptical movement.
However, I'd like to question the very reasoning behind this. Unless there is evidence that there exists a higher occurence of creepy, ignorant guys in the movement than in the population on average (which I have not seen presented) then perhaps things aren't as straightforward as some people believe and I would hate for us to be overlooking any other factors that may be putting women off.
If there are no more jerks in the skeptical movement than in any other sample of social groups then Watson's request for men to be more empathetic should be universalised and directed at all men everywhere. As a guy who considers himself a feminist this is something I can really agree with. But let us not forget that there are other situations where men are just as bad (if not worse) and yet there is no problem of women being underrepresented: bars and clubs, gyms, swimming pools, shopping centres, resteraunts, dance classes etc. This doesn't support the simple hypothesis that women don't go to places where men can be dicks. I'm not saying that any individual is advocating such a simplistic view of the problem, but the current arguments in the blogosphere suggest such simple mindedness when discussing the problem.
My view is that just like other communities, such as video gaming and sci-fi, the ultimate reason women are reluctant to join is because there aren't many women already in the community. It's a case of the chicken and the egg. A low number of a specific group in a community focuses all negative aspects on to that minority e.g. a few women get hit on my more men and ethnic minorities suffer increased prejudice; in both cases any perceived problems are magnified.
Therefore it is society as a whole that needs to sort itself out, not just the (usually) rational and intelligent community that has identified the problems. But we must also not be blinkered in our approach; we must identify all obstacles to new community members and discuss them in a rational and considerate manner.
Posted by John Stabler at 12:20 PM No comments:

Episode 38 - Not Another Elevatorgate Opinion

This week Trevor and John talk about the inferior toilet paper that is (was) known as The News of The World, they dare to voice their vaguely-informed opinions on Elevatorgate, discuss dead grandmothers and review an old episode. Download it now.

We had some sound problems while recording, but  managed to use editing magic to produce a show that is actually worth listnening to... unless you're a old, white, privileged feminazi.
Posted by John Stabler at 4:23 PM No comments:

Elevatorgate - A Short But Rational Rant

I have no reason to suspect Rebecca Watson would fabricate a story just to make a point about men being inconsiderate towards women. Therefore we'll take her account of what happened prior to and during the elevator journey as fact. If you wish to read about the events then feel free to visit skepchick and read Rebecca's blog posts.

How Rebecca felt about the proposition is subjective, by definition. Based on the facts I believe I'd feel the same way and I agree with her that the proposition was inappropriate. I also believe that she is entitled to voice her dislike of such behaviour and if the community seriously wishes to address the gender imbalances that exist then her feelings, and those of many other women, need to be acknowledged and behaviour and attitudes changed. The fact that there is a subjective or preferential component to how people feel or how they make value judgements does not mean that they are worthless.

Some people have expressed opposing opinions on the inappropriateness of the proposition. Again, these are subjective and are based on feelings and preferences.

There has been no evidence presented to show that the elevator guy was sexist or misogynist. Inappropriate behaviour is common in those who are socially inept or ignorant and not confined to the realms of sexism or misogyny. To lump them in together is illogical. To label poor reasoning and social skills as sexual assault is asinine. People who highlight this lack of evidence are not rape-enablers or apologists for hate against women. Just because somebody is not a woman or has not had the same experience it does not disqualify them from rational argument.

Highlighting other women who are in situations of extreme mental and physical suffering doesn't invalidate and shouldn't be used to dismiss the complaints; although it does identify a potential candidate for demarcation: subjective discomfort due to certain speech and behaviour versus infringement of the person and pain.

Just because someone has a different opinion to you, it doesn't mean that their other opinions or works are worthless or incorrect and to steer people away from good sources of knowledge and illumination is reprehensible.

Although value judgements are subjective, the outcome from behavioural modification from them can be empirically measured. If men are more considerate and don't act like dicks then women will feel more welcome, there will be an increase in female participation and the gender imbalance will ease. If there is no behavioural modification then the status quo will remain.

I'm very disappointed that a community that has worked so hard to cultivate a reputation for reason and rational debate had descended in to such irrational arguments at all levels; from public figures to Internet commentators.

Now, will everybody please chill the fuck out and enjoy TAM. Send me some pictures because I can't go :(
Posted by John Stabler at 4:26 PM 1 comment:

think/rant t-shirt by thinkrant
The official think/rant t-shirts are now available to buy! Now you can walk around like a billboard adorned with our fabulous logo. Spread word of our existence, start arguments in public and make people feel uncomfortable with your relentless, infallible logic. Did I also mention that they make you more attractive to the opposite sex?*

By purchasing one you'll be contributing to the costs of producing and distributing the podcast, as well as keeping us in beer.

If there's any other merchandise you'd like to see then please let us know and we'll get the malnourished third-world children on to it ASAP.

* Obviously this may be a problem for you if you're gay.
Posted by John Stabler at 4:12 PM No comments:

We're joined by PZ Myers; Professor of Biology at University of Minnesota Morris, (in)famous writer of the Pharyngula science blog, outspoken "new" atheist and fellow liberal. Instead of discussing old news such as Crackergate and Expelled, we thought we'd get his take on some of the more recent news stories and some other topics we're interested in.
We shoot the breeze on AC Grayling's university, the direction of UK higher education, the future of philosophy in science, science funding, neuroscience, free will, agnotology (the study of ignorance), apathy to religion, creationist logic fail, pope tweets, assisted dying and decriminalising incest.
Download and listen now!

[Edit: I'd really like to thank PZ for sparing us some of his time. Perhaps one day we'll talk him in to doing it again because we were a little disappointed at the lack of offensive material recorded ;)]
Posted by John Stabler at 2:15 AM 8 comments: