This week we talk about the failed rapture, catholic priest rapist apologetics, super-injunctions, a pro-life lobby group on a government advisory board and other random stuff.

Posted by John Stabler at 10:10 PM No comments: 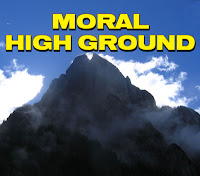 This week's podcast is now available to download.
We go out of our way to discuss lots of stories this week: sex crimes, Ken Clarke, Nadine Dorries, an eye for an eye, Steven Hawking (philosophy and heaven), more catholic stories from Trevor and some more!
Technology has also brought us a better quality audio, so we hope you enjoy the podcast more!
Posted by John Stabler at 10:14 PM 2 comments: 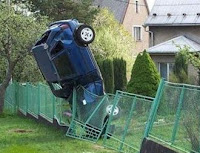 Just when we thought we were getting the hang of this live stream thing, and following an excellent episode featuring Rhys Morgan, we had an absolute 'mare recording this one. You can now download it.

This week we have Ashley Pryce, Founder and President of Edinburgh Skeptic Society, as guest co-host and discuss much nonsense with him. In particular we discussed the last episode of The Big Questions, which debated whether the bible is relevant to society anymore.

Hopefully we'll have Ashley on again soon, with a fully working microphone and a less scary sound file from him. Not that I'm blaming guests for technical difficulties or anything...
Posted by John Stabler at 11:07 PM No comments: 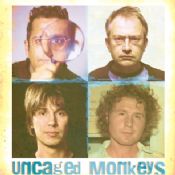 Last night the think/rant podcast hosts were fortunate enough to see the Uncaged Monkeys show at St David's Hall in Cardiff. It was nice to see that the venue was packed out, even if (in reality) over half of the audience were only there to throw their knickers at Brian Cox.
The first half saw famed epidemiologist and author of Bad Science, Ben Goldacre, present a great talk about the importance of good controlled studies, particularly clinical trials. Anybody who follows his blog would be pleased to see him hitting out at Gillian McKeith, fish oil for school children and the MMR scare. I had seen previous reviews mention Ben having technical difficulties at a show, but I am pleased to say that they have been ironed out and it was all very polished.
Next up was guest comedian Chris Addison who treated us to a comedy roller coaster of popular science. He was never more than 2 sentences away from a laugh and it was good to see geek humour permeating the diverse audience in a way that, until now, Dara O'Briain has had a monopoly on.
Taking us in to the interval was the "headline" act, Professor Brian Cox. As usual his talk was both entertaining and absorbing and I was very happy that it had not be as dumbed down as I thought Wonders Of The Universe had been. His tone and manner were highly engaging and I thought he was brilliant. However, he had given himself a lot to talk about in a small amount of time and I could see that some people were struggling to keep up. The sheer breadth of his subject matter could easily have been expanded in to an entire 3 hour show and would probably benefit as such.
After the interval we had a Q&A session with Cox, Goldacre, Addison and Ince as moderator (more on him shortly). Many of the questions were obviously aimed at Cox, which was disappointing because I felt that Goldacre had plenty to give. However, that's more a criticism of the audience than the show itself as I'm sure Ince would have been keen to put more questions Goldacre's way if there had been some tweeted.
We were also treated to the musical talents of Helen Arney who's blend of geek comedy and ukulele strumming lifted the parts of the audience who could actually get over the fact that there was a woman on stage. Her act, although short, made a great break from the comedy/lecture format and I commend her inclusion in the line-up.
Also making an appearance was local boy, neuroscientist, comedian and skeptic, Dean Burnett. After a few words about science and the "think you're clever do you?" attitude of the public, Dean talked about his Most Depressing Day Of The Year debacle and we got to see pictures of him dancing like a muppet in a puddle. He was witty, as usual (don't tell him I said that), although if I had to give one piece of criticism it would be that he spoke a little fast in some places and this, combined with his brilliant Welsh accent, may cause problems for foreign audiences.
Last up, before Brian Cox's closing environmental message, was Simon Singh. The night had already been a blast and Singh's talk was like the unexpected layer of chocolate found in an already tasty cake. I'd previously seen his rather excellent libel talk in Cardiff and yet again he didn't fail in engaging the audience. His Led Zeppelin introduction to his topic of why we should believe in the big bang seemed as though it would have better segued in to a talk about the bible code, but apart from that it was riveting.
Robin Ince was a great compère and his working relationship with the other acts brought about a chemistry that is rarely seen in similar shows. His subsequent twitter comments blamed a long train journey on a perceived lackluster performance. However, although it's nice to see people active in self-criticism, I don't think he should be so hard on himself and I wish him luck with the rest of the tour.
For me the highlight of the show was Ben Goldacre. His book, Bad Science, is a must read and his message is of the utmost importance if we are to keep big pharmaceutical companies, science journalists and the media honest and responsible. He was able to make a serious subject, often seen as mundane, accessible to the lay-person and highlighted why we should not be falling into the traps of Daily Mail correlation scare stories, cherry picking studies or anecdotes replacing evidence.

In summary: go and see this show wherever you can. I don't know how many tickets are left, but if you're fortunate enough to have some, you're in for a treat.

Steven and Trevor seemed to have a great time. Brian Cox's dulcet tones worked their magic on Steven and he required a can of Red Bull to get over the theoretical physics. I'm sure Trevor was ecstatic because on a number of previous occasions he's told me that he loves Cox. It was nice to see the Cardiff Skeptics In The Pub crew there and hopefully their activism will result in some new faces joining the group in the future.

I'm sure we'll be discussing things in even more depth on this week's podcast. If you can't wait until then for your dose of witty banter you could always listen to last week's hilarious episode with guest host Rhys Morgan.
Posted by John Stabler at 1:11 PM 2 comments:

This week's podcast, which features the usual crew as well as a special appearance of Rhys Morgan as co-host, is available to download now.

This week some of us are left befuddled by the presence of true "skeptical royalty" and yet we manage to cobble together a worthwhile podcast. We discuss conspiracy theories, Osama Bin Laden, the Alternative Vote and a bunch of other stuff that was really funny at the time but I forgot about. Now I'll have to listen back to it myself so i can get the iTunes tags right.....
Posted by John Stabler at 11:25 PM No comments: